Do you know where your favorite classical music piece comes from? Many times, the answer is a specific Gharana or school of music. But what are gharanas, and where do they come from?

Each Gharana derives its name from the city or region where it originated, and each has its unique repertoire, performance practices, and teaching methods.

There are many different styles of music in India, each with its unique history and flavor. A specific family largely recorded and passed down the Gharana music style from one generation to the next. It is one of the most distinctive styles of music. They are best for their strict discipline and rigorous training methods. Many great Indian musicians have studied here, and the tradition of teaching music is still alive and well today. What makes Gharana music so special? Let’s take a closer look!

Origin of The Gharanas System

The term “Gharanas” appears to have been coined in the 18th century to preserve the history of music and musical compositions unique to each region. Each Gharana has its distinct character and style of music, which is taught from instructor to student. Some pupils may develop their improvisations over time, contributing to developing a new style or sub-family. “Each one has its origins in the unique voice quality of its founder, according to Sri Vamanrao Deshpande’s book “Indian Musical Traditions.”

The word “Gharana” comes from the Hindi word for “house” or “family,” and the system is based on the idea that each music school or style has its unique lineage or Gharana.

The Different Types of Gharanas

Let’s look at some of the more popular Gharanas of Hindustani classical music.

The Gwalior Gharana is a school of Hindustani classical music that originated in the city of Gwalior in central India. It is known for its ” Khyal gayaki,” or vocal style, characterized by intricate ornamentation and improvisation. This is also known for its strong influence on the thumri and Dadra genres of Hindustani music.

The founders are believed to be the vocalist’s Ustad Hassu Khan, Ustad Haddu Khan, and Ustad Nathu Khan, who were part of the court of Maharaja Scindia in Gwalior.

The Agra Gharana is a school of Hindustani classical music that originated in Agra, India. This is one of India’s oldest and most respected musical traditions, and its founders were some of the most celebrated musicians of their time. This is based in Nauhar Bani, which dates back to 1300 AD. The way of singing is recognized by the deep, resonant sound it produces. This is achieved by producing a powerful, profound voice that echoes through the structures it creates.

Kirana Gharana is one of the oldest and most prestigious schools of Hindustani classical music.

Its founders, Ustad Abdul Kareem Khan and Ustad Abdul Wahid Khan were among the most celebrated musicians of their time.

Today, this is represented by several world-renowned artists, such as Hirabhai Barodekar, Begum Akhtar, Bhimsen Joshi, Gangubai Hangal and Prabha Atre. These musicians have kept the tradition of Kirana Gharana alive through their performances and recordings. They have helped to preserve its unique style of music for future generations. Thanks to their efforts, this one remains one of the most respected and influential schools of Hindustani classical music today.

In 1727 Ustad Alladiya Khan founded this. It is the capital of Rajasthan state, in northwest India. People know Jaipur for its rich heritage and culture. The people of the city painted it pink to welcome the Prince of Wales in 1876. Since then, Jaipur has been associated with royalty and luxury. The city is home to some of the finest examples of Rajasthani architecture, including the City Palace complex and Hawa Mahal, or “Palace of the Winds.”

The city’s exponents of these traditional crafts are highly skilled, and their products are prized domestically and internationally. In recent years, Jaipur has developed into a thriving metropolis while retaining its heritage and cultural identity. It is a city of contrasts, where ancient traditions blend seamlessly with modern progress.

The Rampur Sahaswan Gharana is among the most prestigious and well-respected schools of Hindustani classical music. In the 18th century Ustad Inayat Khan, founded this. It is best for its richly melodic and expressive singing style.

The most famous exponents include vocalists such as Ghulam Mustafa Khan, Ustad Nissar Hussain Khan, Ustad Rashid Khan, Sulochana, and Brihaspati. Today, the Gharana continues to thrive, with new generations of musicians carrying on its tradition of excellence.

Patiala Gharana is a school of Hindustani classical music that takes its name from the city of Patiala in Punjab, India. Ustad Fateh Ali Khan and Ustad Ali Baksh founded this. It uses rhythmic variations, heavy ornamentation, and intricate vocal techniques.

Notable exponents of the Patiala Gharana include Bade Ghulam Ali Khan, Ajoy Chakravarti, Raza Ali Khan, Begum Akhtar, Nirmala Deni, Naina Devi, Parveen Sultana and others. This one has also influenced the development of other styles of music, such as qawwali and filmi music.

The Delhi Gharana (school) of Hindustani classical music is one of the oldest and most influential one, with a well-documented history stretching back to the 16th century. The Gharana takes its name from its place of origin, the city of Delhi in northern India. Ustad Mamman Khan founded this. Tansen’s powerful and dynamic vocal delivery characterized his singing style and became the hallmark of the Delhi Gharana. Tansen’s student Miyan Abdul Karim Khan was one of the most important figures in the history of the Gharana, and his unique singing style influenced subsequent generations of singers.

Other notable exponents of the Delhi Gharana include Chand Khan, Nasir Ahmed Khan, Usman Khan, Iqbal Ahmed Khan and Krishna Bisht. Today, this continues to exert a powerful influence on Hindustani classical music, with many leading singers and musicians tracing their stylistic origins back to this great Gharana.

The Bhendi Bazaar Gharana is a school of Hindustani classical music that originated in the Bhendi Bazaar area of Mumbai. The arena is best for its unique singing style, which incorporates extensive vocal ornamentation and improvisation. Ustad Chajju Khan, a noted singer and composer from Delhi, founded this. He is responsible for popularizing the Khayal tradition of Hindustani music among the masses.

His nephew, Ustad Abdul Karim Khan, is one of the founders of the Bhendi Bazaar Gharana. Abdul Karim Khan’s style of singing was best by its purity and simplicity. He is responsible with bringing this to its current state of prominence. Today, the Bhendi Bazaar Gharana is one of the leading schools of Hindustani classical music, and its exponents are best for their virtuosity and expressive vocal styles.

The Benaras Gharana is a school of Hindustani classical music that originated in Varanasi in India. The arena is good for its unique singing style, which combines open-throated vocal techniques with rhythmic patterns based on complex thumri and khyal traditions. The Gharana originates from the city of Benaras. Pt. Gopal Mishra founded this.

Today, this remains one of the most respected schools of Hindustani classical music, with many leading singers and musicians tracing their roots to this illustrious tradition.

The Mewati Gharana is a school of Indian classical music that originated in the city of Mewat in the Alwar state of Rajasthan. Singer Ghagge Nazir Khan founded this. The Mewati Gharana is good for its focus on vocal music, and its exponents are best for their expressive singing. The repertoire of the this includes khayal, thumri, Dadra, and tappa.

This has also been influential in developing Hindustani classical music, and its exponents have included such renowned musicians as Ustad Bismillah Khan and Pandit Jasraj.

The Gharanas are an important part of Indian musical history and continue to play a vital role in developing the country’s music scene. If you have interest in learning more about the gharanas, we encourage you to join Music Master Online Music Classes. You’ll be able to learn about the different gharanas and their styles, and you’ll also have the opportunity to interact with experts from around the world.

Improve Your Singing with Vocal Exercises

Difference Between Carnatic and Hindustani Music 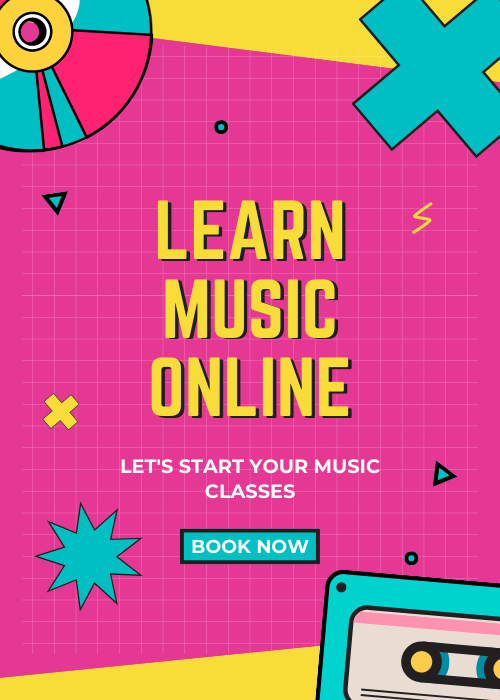